THE FAR FLUNG FIELDS OF BEDFORDSHIRE

A Mystery Wrapped in an Enigma

truth will out, but names had to be changed

THE FAR FLUNG FIELDS OF BEDFORDSHIRE

Well it really is nice to be back amongst my blogging friends after a very strange two weeks journey into the unknown. What a journey too! I did not even have time to pack.

I can remember looking at my watch and seeing it was fourteen minutes past nine in the morning. I had promised to take a fruit cake round to old Mrs.Winters, a miracle at ninety three, blind as a bat but with a mind still as sharp as a razor. I had promised to read to her for an hour. Then I suddenly sat up, supported on my right elbow and wondering who the five people were gathered round my bed. My wife looking like death, my son and daughter-in-law concerned and frightened, and two ambulance people speaking coaxingly to me to try to get me into a wheel chair.

“What’s going on? Why are you two here at quarter past nine? Who told you to come?” And while my tear stained wife’s face smiled at me in sympathy I looked at my watch again and it said half past one. Gone lunchtime!. “Did anyone take Mrs. Winter’s cake round to her?” I was greeted with stunned silence.

The ambulance woman asked who Mrs.Winters was but my daughter-in-law, Jane, said none of us had ever heard of her. Of course they had. I couldn’t believe this. “Jane, don’t be silly you know the path through the copse behind the stables well she lives in the little white cottage three houses down the road to the right. 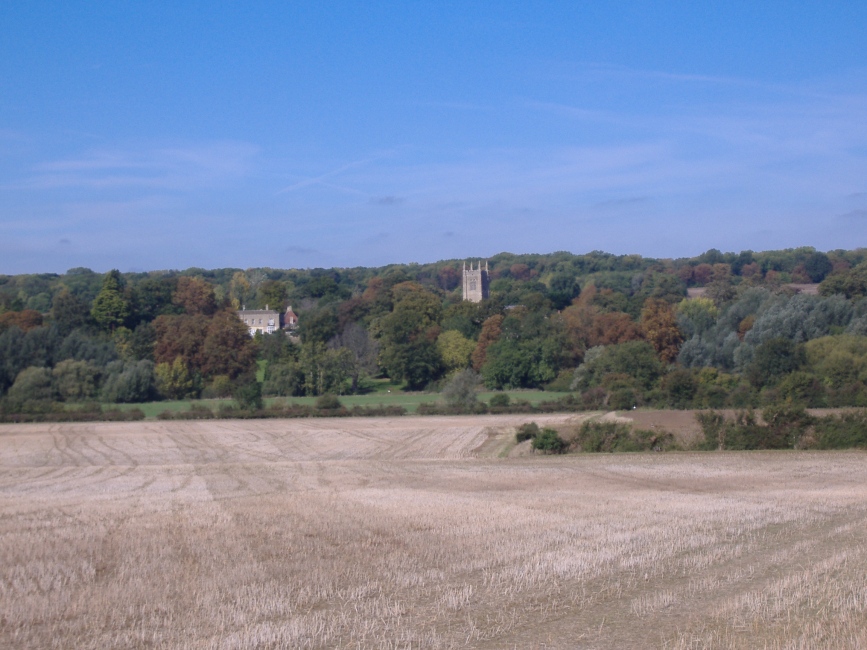 Then I started to walk along the lane past the harvest decorated village church and smiled at the stupid mistake everyone at home had made. What did they think had happened? Had I had a stroke or something? Nonensense. It was a lovely day as Chloe and I strolled across the recently harvested land, hand in hand and every bird in Bedfordshire singing to see us so happy. The love of two youngsters, I was eighteen Chloe just seventeen, and the late afternoon sun drawing us ever closer to each other. If we were not actually in Heaven, we were very close. Third path to the left were the gates with Saint Peter smiling at us, his keys were jangling softly on the cord round his waist. The whole rural scene was perfect in every tiny detail.

Each leaf was moving so softly in the light breeze as Chloe sat by the foot of the oak tree and beckoned to me to sit next to her. “You been waiting for this moment, John? Chloe intoned as though making a rhetorical statement rather than asking me a question. I’ve been needing you for more than two years, my lover.” And a silken arm, bare from just below the shoulder, slowly crept up and its fingers played a fairy tune on the back of my neck. I knew what I should and what I shouldn’t do. I had never wondered what I’d do if things ever came to this point. But Chloe seemed in no doubt what the twilight was going to give us. And given my poor Chloe’s living hell how could I not give in to my own physical need of her?

It must have been about two hours later that the phone call came from her mother and  I set off walking slowly up to Chloe’s front door and her sister Mary let me in. She was slightly younger than me and squeezed my hand as we climbed the stairs to her bedroom. Just before entering the room she smiled through her tears and said, “she’s not it pain John, and it won’t be long now”.

It was very brief as it turned out, some forty minutes, and then each of us kissed her although her eyes were already shut. I shuffled my way back down the stairs, my coat pulled tight round me as the early autumn sky filled me with a sad and hopeless chill. Then, as I slowly ambled back across the Bedfordshire farmland in the full moonlight, I heard running footsteps behind me trying to catch me up. Finally a slightly breathless Mary caught up with me and we wept there under the oak tree unable to stop hugging and holding on to each other. Mary closed the evening with the most unexpected pensee.

“You know John I never thought my twin would die a virgin. Not our bubbling Chloe. Life’s cruel in what it robs us of, isn’t it John?” I just held her tighter as I cried for my sin and prayed that God had forgiven Chloe. He couldn’t have refused her Paradise. It wouldn’t be Heaven, without Chloe, would it?

“Matron, sister the gent in number three has woken up.” And so I had. I looked at my watch it was eleven am. But the date couldn’t be right. It was Tuesday and I had lost four days of my life. But what was that compared to the lovely summer with Chloe in those far flung fields of Bedfordshire some fifty years ago. A whole life lost. Funny how it took a stroke to recall it so vividly. I’ve never told anyone before, so please don’t you do so either. It would break my Mary’s heart.

2 Comments to “THE FAR FLUNG FIELDS OF BEDFORDSHIRE”